Last night I stood in a crowd of about 20,000 people as we shouted in unison “at the hundredth meridian, where the great plains begin” like our lives depended on it. What a bunch of hosers.

Sometimes concert experiences – especially at large venue ones – are marred by the poor behaviour of other concert-goers. Not tonight. We weren’t there just for ourselves. We were there for Gord Downie. For the Tragically Hip,  a band we hold dear. For songs that have defined our Canadian experience.

We greeted the band and the opening chords of “The Luxury” with deafening cheers, but the moment Gord began to sing, we stopped to listen. Our cheers ebbed and flowed around his voice like waves. Not one word he sang or spoke would be drowned out by our noise. They were far too precious.

Sure, there were times when we all joined in to sing the anthems of our lives (“Gift Shop”, “Ahead by a Century”) – if we could manage it through the tears. And while many of us came to tears several times over the course of the night, the overall vibe was of energy and love. The source of the emanation was on stage in a shiny suit, givin’er. 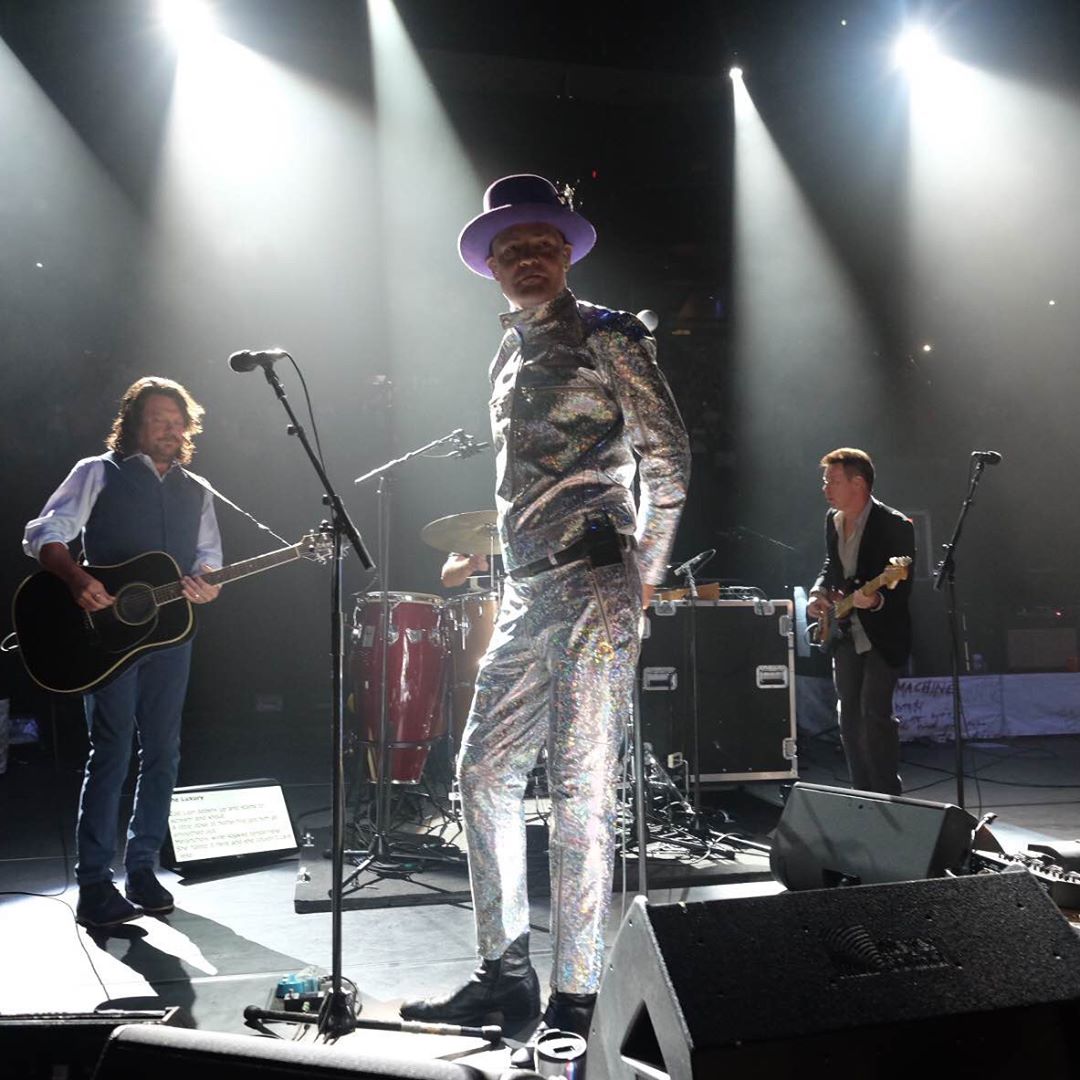 That night in Toronto: The Tragically Hip kick off their first of three shows in Toronto on Wednesday night. Photo by CBC’s @EvanMitsui | #cbcnews #thehip #toronto #tragicallyhip

I don’t proclaim to be anything more than average knowledge of the Hip’s catalogue. There were a number of songs that I couldn’t name, some that I’d forgotten about, and some I’d never heard before. But some, oh, but some that pierce the heart of me (“Flamenco” (!) “Poets”, and “Grace, Too”).

This band! This band that walked us through the valley of the shadow of death with a haunting and beautiful performance of “Wheat Kings”, and then restored our souls with “50 Mission Cap”.

This band that played their first set in tight configuration like they were on a small club stage.

This band that rocked out hard but ended the show with hugs.

This man! This man who with strength, courage, humility and an unparalleled depth of showmanship gave us a performance we’ll never forget.

This man who drank in our love and then poured it back out for us.

This man who brought poetry into our lives in a way no one else could ever have done.

Check the full setlist for this show here. Have you attended any shows of the Hip’s “Man Machine Poem” tour? How many times have you seen them live? What’s the best memory you have related to them? Let us know in the comments and you’ll be featured in next Friday’s post.