This Is Not An Album Review: TUNS. Self-titled LP

A word of caution – this is not an album review. If it was, I’d give it 10 out 10, put my feet up and call it a day. If this was a review, I’d talk about what the album sounds like – perhaps I’d string together a bunch of words in a vague attempt to sound original while describing their sound – like if I said the album was “A Rich Tapestry of Textured Retro Power-Pop Ballads Crackling Through The AM Waves At 2 In The Morning”. If this was a review, I’d get into the lyrical content and analyze it until I came up with the albums overarching theme – but instead I will just point you towards an excellent interview with the band done by Vish Khanna on his podcast, Kreative Kontrol (Episode 270), that really delves into the stories behind the songs.

TUNS is named after the Technical University of Nova Scotia (now called DalTech). I think everyone who has lived in Halifax would have at some point been very familiar with the downtown landmark – either as a point of reference, or a visit to the T-Room pub for cheap jugs of liquor and trivia or as a skateboarder hitting up a couple of it’s notorious spots. Perhaps you even went to school there, or know someone who did. Personally, all those apply to me. So I just sort of feel like TUNS, the band, by name alone is “mine”. And that’s before I even hit play on the album.

From the perfectly jangly opening chords, it became apparent that this was my new favourite record. The lyrics are poignant and thoughtful and the vocal harmonies are just as lush as you should expect these three to create. The hooks and melodies are catchy beyond all reasonable doubt – you will be humming these songs to yourself for days after hearing them. This is pure power pop gold.

TUNS is made up of 3 of my all time favourite Canadian rockers. Matt Murphy was in Super Friendz, whose hit tune “Karate Man” was a revelation when I heard it in junior high. Years later, Matt went on to play in a band called City Field, a band that was my favourite Halifax band during their short lifespan. I went to every show and knew all the songs and I would have bet all my worldly possessions that City Field was going to “MAKE IT”. They couldn’t not make it, they were kings of the scene and they were unreal. (Turns out they didn’t “make it”, good thing I’m not a gambler.) Matt Murphy is also one of the best guitar players I’ve ever seen perform – his long fingers stretch across the fret board and the hooks he comes up with are timeless.

Also in TUNS, on the bass guitar, is Mike O’Neill. You probably know Mike from his time in The Inbreds – they were the early 90’s predecessors of bands like Death From Above 1979 in some ways. Mike has also had a bizarrely under-rated and stellar solo career. I sometimes think of him as Halifax’s Harry Nilsson. He’s also been involved in Trailer Park Boys, a TV show you may have heard of, among his many other talents and pursuits.

Finally, Chris Murphy, the handsome hot shot from Sloan, is on the skins. He’s one of Canada’s best rock musicians, without a doubt, hands down. And he seems to do it all with a big smile on his face.

You can hear the smiles coming through on the songs from these three old friends on this record. TUNS is familiar, it sounds like something you’ve heard before but then when you listen to it for the first time, it feels so fresh. Catchy songs that stick with you and feel immediately timeless. 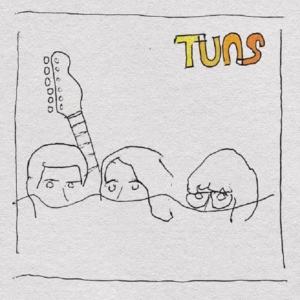 TUNS is streaming now on Exclaim.ca ahead of it’s August 26th release.